Kenji Kato was born on July 7, 1966 in Yokohama, Japan.
In 1971, at the age of 5, Kenji's mother started teaching him the Yamaha Keyboard (Electone).
In 1979 Kenji started learning jazz piano through self-study, and when he was 12, under the influence of Sonny Clark.

In 1981 Kenji started playing drums in addition to the piano and keyboard.
In 1983, at the age of 16, Kenji obtained a professional license for the Yamaha keyboard (Electone).

In 1984 Kenji started immersing himself in drums and studied under Motohiko Hino. He also played a lot of gigs with his own band.

From approximately 1987-1990, Kenji played with many artists in Boston, some of whom were: Gary Burton, Delfeayo Marsalis, Roy Hargrove, Dave Samuels, Mark Gross, Warren Hill, Antonio Hart, and Abe Laboriel, Jr.
In 1989 Kenji toured all over Japan with his own group.
In January 1990 Kenji graduated Berklee and taught Drum Orchestration at Berklee.

After graduating Berklee, Kenji moved to Tokyo and performed and recorded with many artists including Masahiko Kondō, Yuri Mori and Tastusya Takahashi.
Kenji was a support drummer for the Grammy awarded Christian band Silverwind (Japan Tour).

In August 1991 Kenji was made the lead drummer at several churches in Japan.
From approximately 1991-1995 Kenji worked as a studio drummer for TBS. (Tokyo Broadcast System, Japan).

In June 1996 Kenji moved to New York.
In August 1997 Kenji was made a worship leader at New York Japanese Church.

From 1997-2008 Kenji played with many artists, some of whom were: Roy Hargrove, Mark Gross, Joshua Sasaki, Mark Whitfield, and Antonio Hart.
From 2006-2008 Kenji taught at the Tappan Music and Art Center. 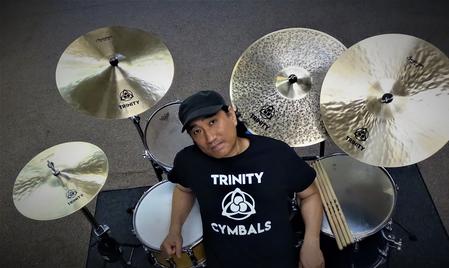 Or, fill out the form below and we will contact you!

Thank you for contacting us! If needed, you will hear back within 48-72 hours.
View on Mobile